2013 was the third year of the LVDXA Challenge.

Our goal is to put the club call WØVDX on the air. Each member is eligible to use the call from their home station, and

the member who has the highest score using WØVDX will be recognized with a major award. 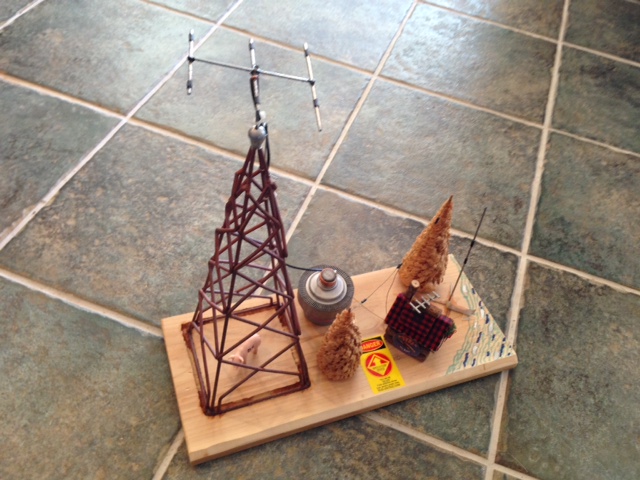 Here’s the award! (Thanks to Steve WØHT and Paul KØPK)

You can pick any three consecutive months during the period from August 1 to December 31.

The scoring is pretty simple. It’s equal to the number of entities worked (based on DXCC rules) multiplied by a factor of either 1, 1.5, 2 or 4:

A station with more than 100 Watts and a multi-element antenna uses a factor of 1.

A station with 100 Watts or less and a multi-element antenna uses a factor of 1.5, as

does a station with more than 100 Watts and a single-element antenna.

A station with 5 Watts or less is considered QRP and uses a factor of 4 regardless of antenna.

If you use more than one station configuration, you must use the smallest multiplier for all your contacts.

KØXB Rick is the winner!