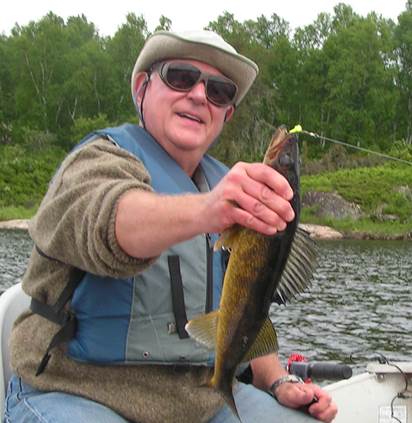 I like to tell people I am a professional ham radio operator and professional fisherman. Once you are retired, I guess you can say things like that. For more than fifty years I have had a ham license, and I learned to love fishing from my Dad earlier than that. Finally, I can spend a lot of time on my hobbies.

I wanted to be a Physicist since junior high school, and I’m pleased that I was able to spend my career doing that. I received Bachelor's and Ph.D. Degrees in Physics from the Massachusetts Institute of Technology, and I am currently a member of the MIT Educational Council. As a graduate student, I received a National Science Foundation Fellowship. I hold three U.S. patents, and I had nine articles published in scientific journals. Some of the most exciting things I did were participating in a number of sounding rocket shots at White Sands Missile Range in New Mexico. I’m a rocket scientist. I really am.

Retiring a few years ago, most of my career was with the Honeywell Corporation in Minneapolis, Minnesota and Albuquerque, New Mexico. I received the H.W. Sweatt Award from Honeywell for outstanding technical accomplishment a few years after I joined the company. Later in my career, I had the pleasure of overseeing the Sweatt Award program. When I retired, I was a Vice President in Honeywell's Corporate Technology Office in Minneapolis. Prior to that, I was Vice President of Operations in Albuquerque, Director of Engineering and Chief Engineer in Minneapolis, and I held several other engineering and scientific positions. Before joining Honeywell, I worked at MIT Lincoln Lab and at MIT.