were busy feeding them. These loons which live on our shoreline last had chicks at least five years ago,

so it was exciting to see them. 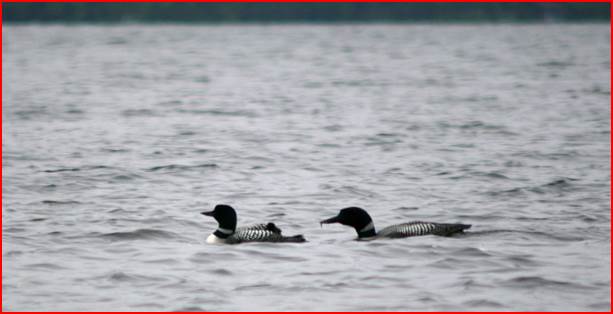 This is my favorite – “Breakfast in Bed.” One or maybe both of the chicks is riding on the Mother’s back, while Dad is

Bringing a very small minnow for them to eat. 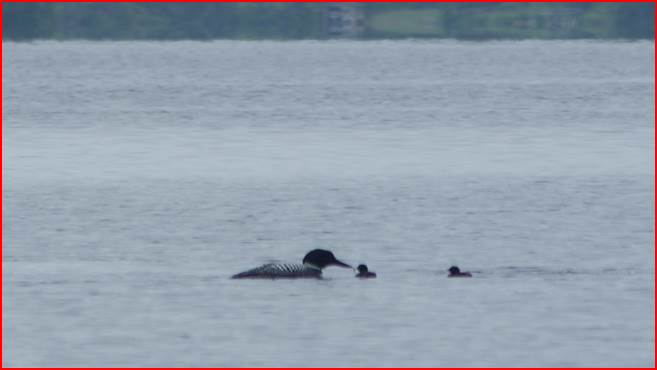 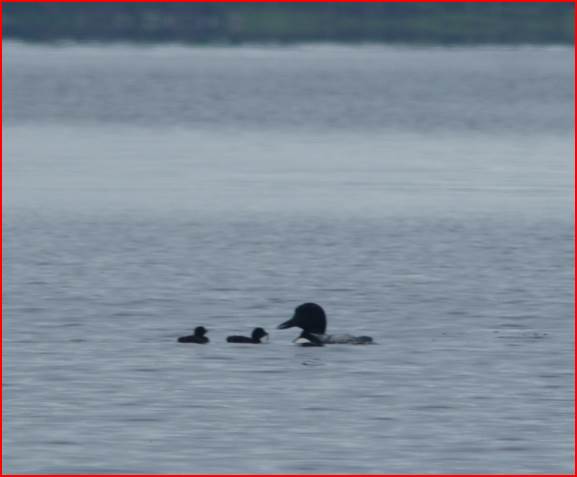 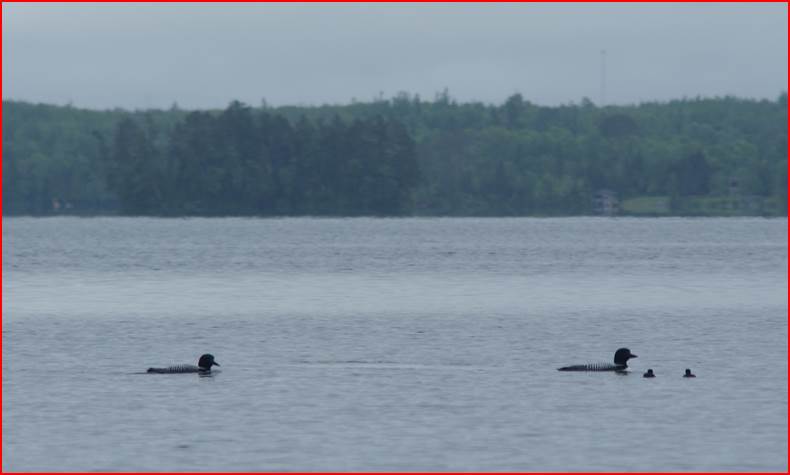 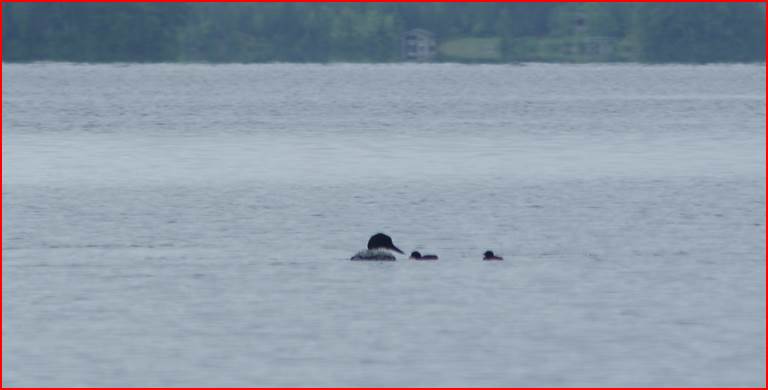 They were pretty small, as you can see. Even though the parents are watching all the time, they’re easy prey for large fish,

But it looks like they are going to make it. I took these two pictures from my boat during the first week of August, so they were about

six weeks old. They have grown a lot, and it looked to me like they were diving and catching fish themselves. (Both chicks

were there – I just couldn’t get them to stand still long enough to have both of them in the picture.) 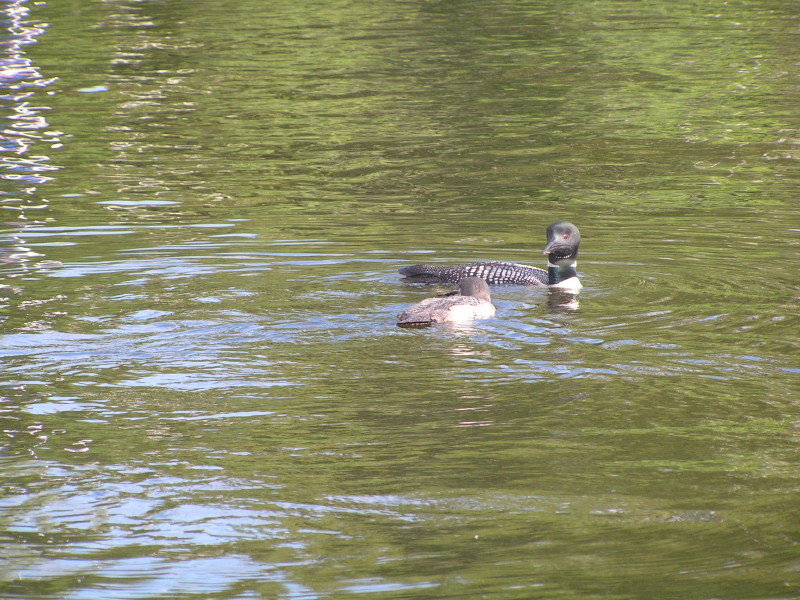 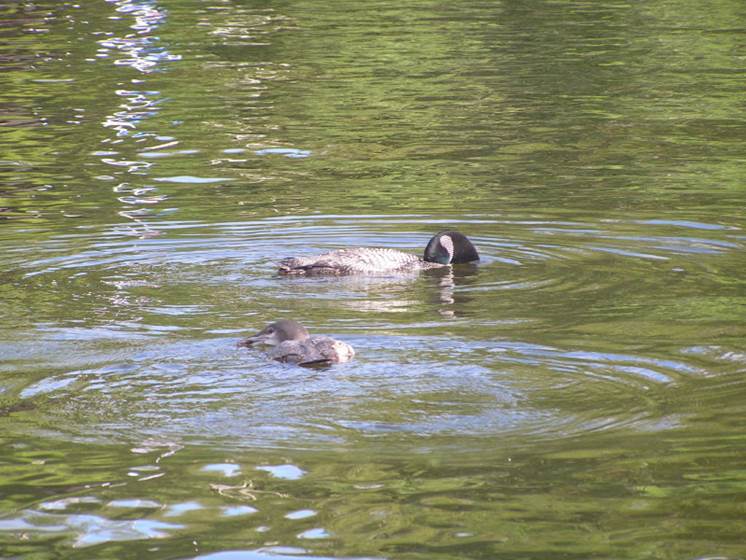